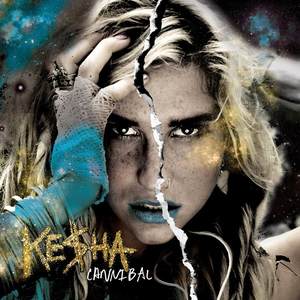 Cannibal is the first extended play (EP) by American recording artist Ke$ha, released on November 19, 2010. The EP is a follow up companion to her previous record, Animal. Originally the record was set to only be released as a deluxe edition of Animal, but was instead sold and released as both an EP and a deluxe edition of Animal. Kesha worked with a variety of producers and writers such as Dr. Luke as the executive producer, Benny Blanco, Ammo, Max Martin, Bangladesh and others. Musically, the songs on Cannibal are of the dance-pop genre while incorporating elements of electro and electropop in its production and beats. User-contributed text is available under the Creative Commons By-SA License; additional terms may apply.