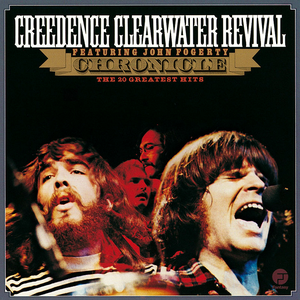 Chronicle, Vol. 1, also known as Chronicle: The 20 Greatest Hits, is a greatest hits album by American swamp rock band Creedence Clearwater Revival. Released in January 1976 by Fantasy Records, the album was released the same time as the single release of "I Heard It Through the Grapevine" Chronicle, Vol. 1 is a singles collection with 13 a-sides and 7 b-sides. Compared to the two previously released Creedence Gold compilations, Chronicle Vol. 1 features all of the group's charted hits. It is the best-selling album in the band's catalog, making 8x Multi-Platinum by the Recording Industry Association of America. The compilation was ranked at number 59 in the updated version of Rolling Stone's list of the 500 Greatest albums of all time. User-contributed text is available under the Creative Commons By-SA License; additional terms may apply.