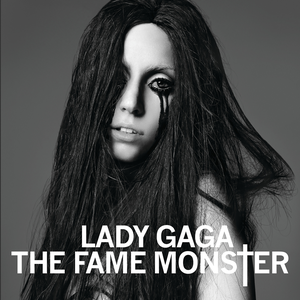 The Fame Monster is the third EP by American recording artist Lady Gaga. It was released on November 18, 2009, by Interscope Records. Initially planned to be included on a re-release of her 2008 album The Fame, Gaga announced that the eight tracks would be included on a standalone release, saying that she thought the re-release was too expensive and that the albums were each conceptually different, describing them as yin and yang respectively. A Super Deluxe edition of The Fame Monster including The Fame and additional merchandise, including a lock of her wig, was released on December 15, 2009. Musically, The Fame Monster is a pop album influenced by a number of genres, prominently the disco, glam rock, and synthpop music of the 1970s and 1980s, as well as industrial and gothic music. The album was also inspired by fashion shows and runways. According to Gaga, the album deals with the darker side of fame, including love, sex, alcohol and more. Lyrically, they are expressed through a monster metaphor. The cover artwork was done by Hedi Slimane and has a theme, as described by Gaga herself. The artwork was originally declined by her record company, however, Gaga convinced them to go through with it. User-contributed text is available under the Creative Commons By-SA License; additional terms may apply.