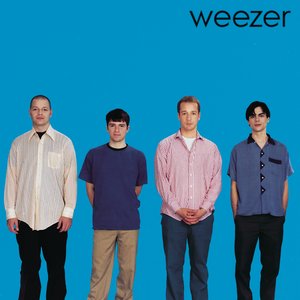 "Weezer" may refer to: the 1994 Blue Album (seen here) the 2001 Green Album the 2008 Red Album the 2016 White Album the 2019 Teal Album the 2019 Black Album Weezer is the debut studio album by American rock band Weezer, released on May 10, 1994, by DGC Records. It was produced by Ric Ocasek. Weezer formed in Los Angeles in 1992, and initially struggled to engage audiences, who were more interested in grunge User-contributed text is available under the Creative Commons By-SA License; additional terms may apply.