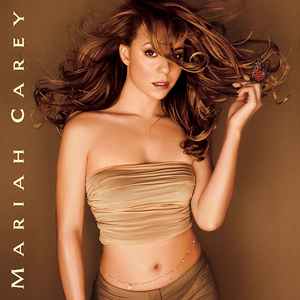 Butterfly is the sixth studio album by American singer-songwriter Mariah Carey, released on September 16, 1997, by Columbia Records. The album contained both hip-hop and urban sounds, as well as some softer and more contemporary melodies. Throughout the project, Carey worked with Walter Afanasieff, with whom she had written and produced most of the material from her previous albums. She also worked with many famed hip-hop producers and rappers, such as Sean "Puffy" Combs, Kamaal Fareed, Missy Elliott and the Trackmasters. With the latter acts producing most of the album, Butterfly deviated from the contemporary sound of Carey's older work, and was hailed as a defining album of the 1990s and of pop and R&B music. With Butterfly, Carey continued the transition that began with previous album, Daydream (1995), which pushed her further into the R&B and hip-hop market. The record pushed her music into an hip hop sound, leading her away from the R&B and pop background of her previous work. During her marriage to Tommy Mottola, Carey had little control over the creative and artistic steps she took on her albums, however, after their divorce mid-way through the album's conception, Carey was able to reflect her creative maturity and evolution into the album's writing and recording. Carey wrote in the booklet of her twelfth studio album, Memoirs of an Imperfect Angel (2009), that she considers Butterfly her magnum opus and a turning point in both her life and career. User-contributed text is available under the Creative Commons By-SA License; additional terms may apply.