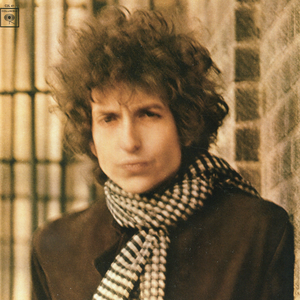 Blonde on Blonde is singer-songwriter Bob Dylan's seventh studio album, released in 1966 by Columbia Records. It is believed to be the first significant double album in rock music, its length forcing it to two LPs, although some digital reissues fit the album on one compact disc. It is notable for injecting Dylan's brand of blues rock, fully established on Highway 61 Revisited, with a more eclectic sound and even more surreal lyrics. Despite its uncompromising nature, it has come to be regarded as one of Dylan's greatest achievements, and "one of the greatest rock & roll albums ever made". It also marked the end of an era for Dylan, who would soon be injured in a motorcycle accident (significantly changing his musical approach). Recorded in Nashville, the album was produced by Bob Johnston. It peaked at #9 on Billboard's Pop Albums chart in the US, eventually going double-platinum, while it reached #3 in the UK. It is ranked as the ninth greatest album of all time by both VH1 and Rolling Stone. User-contributed text is available under the Creative Commons By-SA License; additional terms may apply.