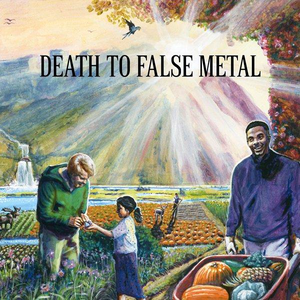 Death to False Metal is a collection of unreleased Weezer songs to be released on November 2, 2010. The project, originally known as Odds and Ends was first mentioned by Brian Bell on KROQ when Weezer performed on Kevin and Bean's morning show during the summer of 2008. Rivers Cuomo said that the tracks are "great songs, great recordings, but for some reason they didn't make the final cut for a record. And like the "Alone" record, they span a vast period of time from the very beginning of our career in the early '90s right up to the present day. But I have no idea when that would come out. It's just another fun project to do." Track listing Standard edition 1. "Turning Up The Radio" 2. "I Don't Want Your Loving" 3. "Blowin' My Stack" 4. "Losing My Mind" 5. "Everyone" 6. "I'm a Robot" 7. "Trampoline" 8. "Odd Couple" 9. "Autopilot" 10. "Un-Break My Heart" (Toni Braxton) iTunes bonus track 11. "Mykel and Carli" Japanese Edition bonus tracks 12. "Outta Here" 13. "Yellow Camaro" (Bell) User-contributed text is available under the Creative Commons By-SA License; additional terms may apply.