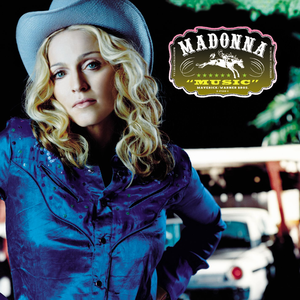 Music is the eighth studio album by Madonna, released on September 18th, 2000. The RIAA certified it Gold, Platinum & 2x Platinum on Oct 25, 2000, & 3x Platinum on Nov 21, 2005, denoting 3 million shipments throughout the United States, making it her eighth best-selling recording there. Worldwide, the album has sold more than 4 million copies in the 10 first days of release, and overall, it has sold over 10 million units. A two-disc Special Edition was released in June 2001 to promote the Drowned World Tour, containing an additional CD of remixes, and the video to the song, "What It Feels Like for a Girl." User-contributed text is available under the Creative Commons By-SA License; additional terms may apply.