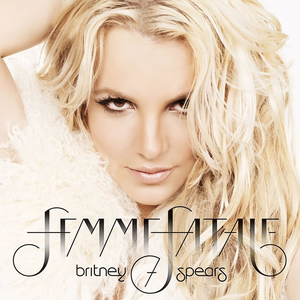 Femme Fatale is the seventh studio album by American singer Britney Spears. Musically, Spears wanted to make a "fresh-sounding" and "fierce dance album", thus incorporating dance-pop, electropop, EDM and synth-pop styles with elements of dubstep, techno and electro in its sound. Spears began working on the album during the second leg of her tour The Circus Starring Britney Spears (2009), while also contributing to her second greatest hits album The Singles Collection (2009). Upon its release, the album received generally favorable reviews from music critics, who complimented its production and dance-pop style. The album debuted atop the charts in Australia, Brazil, Canada, Mexico, Russia, South Korea and the United States, and peaked inside the top ten in 24 countries. In the United States, it was her sixth number-one album on the Billboard 200, extending her record as the artist with most consecutive number-one albums in the US. Femme Fatale is certified platinum by the Recording Industry Association of America (RIAA). As of February 2014, it had sold 2.4 million copies worldwide. User-contributed text is available under the Creative Commons By-SA License; additional terms may apply.