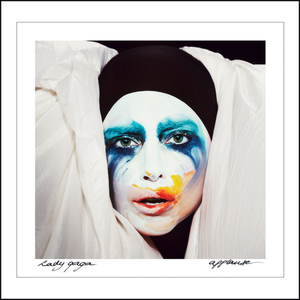 “Applause” is a song by American recording artist Lady Gaga, taken from her third studio album, ARTPOP (2013). Written and produced by Gaga and DJ White Shadow, the song was released on August 12, 2013 by Interscope Records as the album’s lead single. Originally intended for a release through mainstream and rhythmic airplay on August 19, 2013, it was rush-released a week earlier after two snippets of the song were leaked online on August 10. Details of the song were revealed throughout 2013 as Gaga tweeted its lyrics in early 2013. Written while touring for her Born This Way Ball, “Applause” was almost left out of ARTPOP. User-contributed text is available under the Creative Commons By-SA License; additional terms may apply.