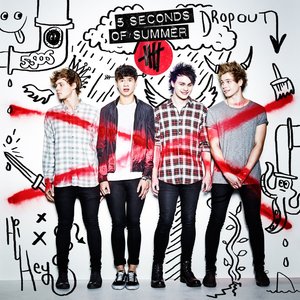 5 Seconds of Summer is the self-titled debut studio album by Australian pop rock band 5 Seconds of Summer. It was released June 27, 2014 in Europe and July 22, 2014 in the US, Mexico and Canada. The album was supported by four singles: "She Looks So Perfect", "Don't Stop", "Amnesia", and "Good Girls". Musically, the album is rooted in the pop punk, pop rock and power pop genres. Before the album's release, the band was the opening act for One Direction in two of their concert tours. To promote the album, 5 Seconds of Summer embarked on their first global headlining tour, entitled Rock Out with Your Socks Out Tour between May and September 2015. User-contributed text is available under the Creative Commons By-SA License; additional terms may apply.