Album: Here's to the Good Times 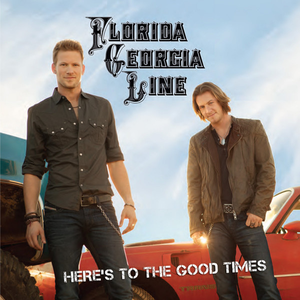 Here's to the Good Times is the debut studio album by American country music duo Florida Georgia Line. It was released on December 4, 2012, by Republic Nashville. The album includes the five tracks from their It'z Just What We Do EP, along with six new songs. The deluxe edition, titled Here's To The Good Times...This Is How We Roll, was released on November 25, 2013. The album was the sixth best-selling album of 2013 in the United States, and became certified two-times platinum by the Recording Industry Association of America (RIAA) on July 1, 2014. User-contributed text is available under the Creative Commons By-SA License; additional terms may apply.