Album: I'm Going to Tell You a Secret 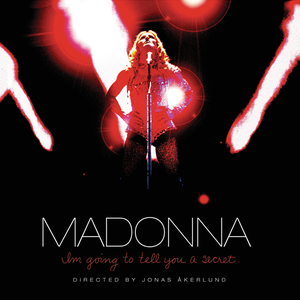 I'm Going to Tell You a Secret is the first live album by American singer and songwriter Madonna, containing songs from the documentary of same name. The film chronicled the behind-the-scenes of Madonna's Re-Invention World Tour (2004), and was directed by Jonas Ă…kerlund. The album was released on June 20, 2006, in a two-disc format, a CD with 13 songs from the show plus a demo from her tenth studio album Confessions on a Dance Floor (2005), and a DVD with the documentary film. The documentary and the album were also released as digital download to the iTunes Store. User-contributed text is available under the Creative Commons By-SA License; additional terms may apply.