Album: Dead Star / In Your World 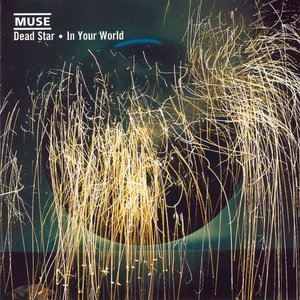 "Dead Star" and "In Your World" are songs by English rock band Muse. Written for and included in a live form on their compilation album Hullabaloo Soundtrack, the songs were released as a double A-side single to promote the album, and as an EP in Japan and France. The single reached number thirteen on the UK Singles Chart. "Dead Star" has since become a favorite of Muse fans though live performances of the song are rare. A video for "In Your World" was also produced, included on the double a-side, which consisted of a live performance and was directed by Matt Askem. The video is considerably shorter than the audio-only live album version, with running times of 2:35 and 3:12 respectively. The video for "Dead Star" shows the band practicing in a dark basement and was directed by Tim Qualtrough and Tom Kirk. It has a running time of 3:40, again shorter than the audio-only live album version which has a running time of 4:12. It was recorded in Winston Churchill's house in Brighton. User-contributed text is available under the Creative Commons By-SA License; additional terms may apply.