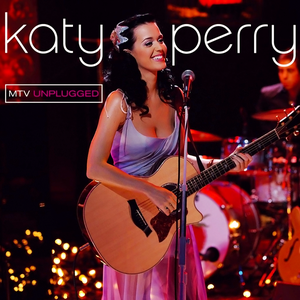 MTV Unplugged is the first live album by American singer-songwriter Katy Perry, to be released by Capitol in the United States on November 17, 2009. The CD/DVD comprises stripped-down songs performed by Perry for MTV on July 22, 2009 in New York City as part of the MTV Unplugged series. The album features rearranged takes on hit songs like "I Kissed a Girl", "Waking Up In Vegas", and "Thinking of You" as well as two brand-new songs, Perry's version of Fountains of Wayne's "Hackensack" and a previously-leaked original song called "Brick by Brick" originally written for Ashley Tisdale. User-contributed text is available under the Creative Commons By-SA License; additional terms may apply.