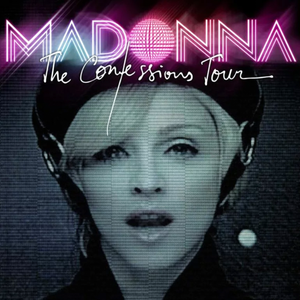 The Confessions Tour is the second live album by American singer and songwriter Madonna. It was released on January 26, 2007, by Warner Bros. Records. Directed by Jonas Ă…kerlund, the album chronicles Madonna's 2006 Confessions Tour and includes the full version of the television broadcast special The Confessions Tour: Live from London. It was recorded at Wembley Arena during the London dates of the tour, and was released in both CD and DVD format. The DVD contains the entire concert and the CD includes thirteen live songs only. The album became the first release from Semtex Films, a production company founded by Madonna in 2006. User-contributed text is available under the Creative Commons By-SA License; additional terms may apply.