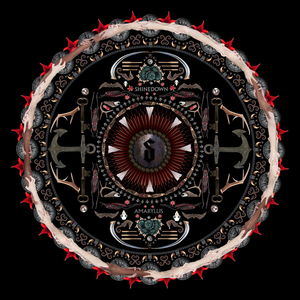 Amaryllis is the fourth studio album by American rock band Shinedown. It was announced on 3 January 2012, the same day as the first single, "Bully," was released, for release on 27 March, with pre-orders opening on 17 January. A music video for the song "Unity" was released on 12 March. An e-book about the making of Amaryllis, entitled For Your Sake: Inside The Making Of Amaryllis, will be released concurrently with the album. The album was recorded at Lightning Sound Studios, Ocean Way Recording and Capitol Studios, and was produced by Rob Cavallo, who also produced the band's previous album, The Sound of Madness. Amaryllis will be released on Atlantic Records in the US and via Roadrunner elsewhere. Speaking about the album, Shinedown singer Brent Smith said that "During the recording , the vision of what Shinedown is and where it's going became completely clear. Amaryllis is the manifestation of that vision, the centerpiece of what Shinedown is. It reflects on everything we've done and where we're heading. It's a message of empowerment, perseverance, and inspiration that I think speaks to fans that have been with us since the beginning as well as those who are just learning about who we are and what we're about User-contributed text is available under the Creative Commons By-SA License; additional terms may apply.