Album: Time Out of Mind 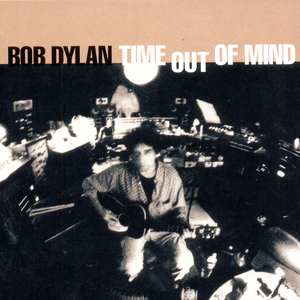 Time Out of Mind is Bob Dylan's 30th studio album, released in 1997 by Columbia Records. For fans and critics, the album marked Dylan's artistic comeback after he struggled with his musical identity throughout the 1980s, and hadn't released any original material since the release of Under the Red Sky in 1990. Upon release, Time Out of Mind was hailed as one of the singer-songwriter's best albums, and it went on to win three Grammy awards, including Album of the Year in 1998. It also made Uncut magazine's Album of the Year. The album features a particularly atmospheric sound, the work of producer (and past Dylan collaborator) Daniel Lanois, whose innovative work with carefully placed microphones and strategic mixing was detailed by Dylan in the first volume of his memoirs, Chronicles, Vol. 1. Despite being generally complimentary to Lanois, especially his work on the 1989 album Oh Mercy, Dylan has voiced dissatisfaction with the sound on Time Out of Mind. He has gone on to self-produce his subsequent albums. User-contributed text is available under the Creative Commons By-SA License; additional terms may apply.