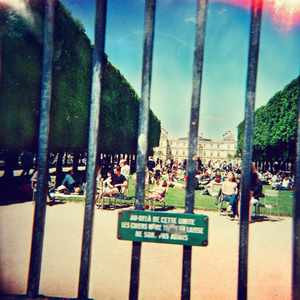 Lonerism is the second album by Australian psychedelic rock band Tame Impala, released by Modular Recordings on 5 October 2012. Like their previous album Innerspeaker, most of the recording was undertaken by Kevin Parker. Kevin Parker started writing and recording new material for Lonerism almost immediately after releasing Innerspeaker, saying "I started writing songs straight after Innerspeaker, but I told myself I wouldn't get hung up with the pressure, so I kinda pretended they were for some other weird project that wasn't going to have as much consequence". While Innerspeaker was recorded in a very structured manner with a designated time period to record, Parker recorded Lonerism in many different places around the world whilst touring with Tame Impala. Speaking about this, Parker revealed "I've got a recording thing with me at the moment, I can do vocal takes and guitar takes wherever I am, so it's getting recorded all over the world. There's a guitar take in Vienna, or a vocal take in the aeroplane from Singapore to London. I've got my studio at home, so a lot is being done in Perth." User-contributed text is available under the Creative Commons By-SA License; additional terms may apply.