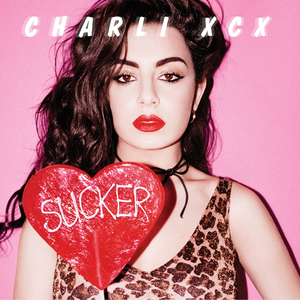 Sucker (stylized in all caps) is the second studio album by English singer-songwriter Charli XCX, released on 15 December 2014 by Asylum and Atlantic Records. The album was met with positive reviews from critics, praising its throwback style, and ended up being included on many year-end lists for best albums of the preceding 12 months. Sucker has spawned the singles "Boom Clap", "Break the Rules", "Doing It" (featuring Rita Ora) and "Famous". Charli promoted the album through a series of public appearances and televised live performances, as well as appearing on the Jingle Ball Tour 2014. The album was supported by Charli's Girl Power North America Tour, which lasted from September to October 2014. She was also the opening act for the European leg of Katy Perry's The Prismatic World Tour in 2015. User-contributed text is available under the Creative Commons By-SA License; additional terms may apply.