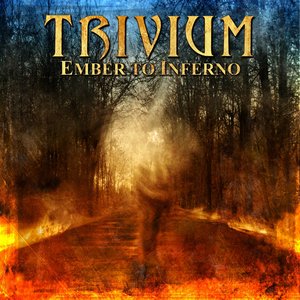 Ember to Inferno is the debut album from American heavy metal band Trivium. It was released on October 14, 2003 on Lifeforce Records. The album seems to follow a theme of tyranny, oppression, and freedom, with songs covering guerilla warfare and overthrowing evil. Frontman Matt Heafy was 17 years old when the album was written and recorded. Corey Beaulieu toured in support of the album, but did not play on the album according to the re-release booklet. The 2005 reissue of the album includes early versions of "The Deceived" and "Blinding Tears Will Break the Skies". Both songs were re-recorded for Ascendancy, with the latter appearing only on the 2006 special edition. "Demon" is taken from the Trivium "blue demo" EP. "Inception the Bleeding Skies" is "A View of Burning Empires" played in reverse. User-contributed text is available under the Creative Commons By-SA License; additional terms may apply.