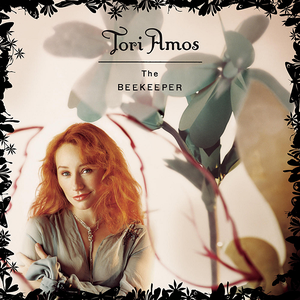 The Beekeeper is the eighth studio album by singer-songwriter Tori Amos. It deals with the topics of death, adultery and romantic conflict, and makes brief reference to ancient Gnostic mysticism from the Apocryphon of John. Sonically, it incorporates Celtic choirs, African drums, and Amos's B-3 Hammond organ. The Beekeeper can be seen as a milestone for Amos, as it debuted within the top 10 on the Billboard 200, her fifth album to do so. This placed Amos in an elite group of women, including Madonna and Barbra Streisand, to have secured five or more U.S. Top 10 album debuts. After the release of her Epic label debut Scarlet's Walk, Amos received unsettling news when Polly Anthony resigned as president of Epic Records in 2003. Anthony had been one of the primary reasons Amos signed with the label and as a result of her resignation, Amos formed the Bridge Entertainment Group, a company devoted to helping musicians in various ways during a time when the music industry is changing. The following year saw the merger of major labels Epic/Sony Music Entertainment and BMG Entertainment. Amos would later hint in interviews that those in charge at the label (implying the Epic/Sony merger with BMG) during the creation of The Beekeeper were interested "only in making money", the effects of which have not been disclosed. User-contributed text is available under the Creative Commons By-SA License; additional terms may apply.