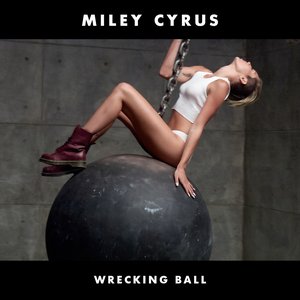 "Wrecking Ball" is a song recorded by American singer Miley Cyrus for her fourth studio album, Bangerz (2013). It was released on August 25, 2013, by RCA Records as the album's second single. The song was written by Dr. Luke and Cirkut, who also served as the producers, as well as Mozella, Stephan Moccio, Sacha Skarbek, David Kim, and Cyrus. "Wrecking Ball" is a pop ballad which lyrically discusses the deterioration of a relationship. User-contributed text is available under the Creative Commons By-SA License; additional terms may apply.