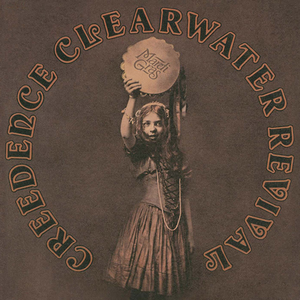 Mardi Gras is the seventh and final studio album by American band Creedence Clearwater Revival, released in 1972. The group broke up after this album was released. Previously, bandleader John Fogerty sang all the lead vocals and he wrote almost all the band's original material. His older brother Tom Fogerty had just left after a dispute which was in large part caused by the elder Fogerty's desire to play a larger creative role. For this album, Stu Cook and Doug Clifford shared the writing, singing, and production duties. Fogerty only contributed three original songs, and he sang a fourth lead on a cover of the early 1960s standard "Hello Mary Lou." Clifford and Cook each wrote and sang the lead vocals on three songs. The album was a commercial success peaking at #12 and going gold. However, it was considered weak compared to the sales of their previous albums. The album contained two Top 40 singles, both of which were contributed by Fogerty: the raucous "Sweet Hitch-Hiker" and the wistful swan song "Someday Never Comes." According to Stu Cook and Doug Clifford it was John's idea for all the members to contribute songs for the album, even though the two did not want to. User-contributed text is available under the Creative Commons By-SA License; additional terms may apply.