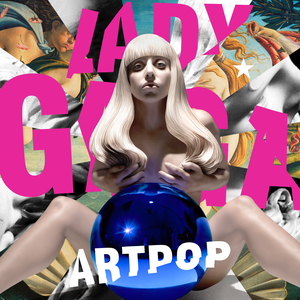 Artpop (stylized as ARTPOP) is the third studio album recorded by American singer Lady Gaga, released on November 6, 2013, by Streamline and Interscope Records. Gaga began planning the project in 2011, shortly after the launch of her second effort, Born This Way. Work continued until 2013 while the singer was traveling for her Born This Way Ball concert tour and recovering from surgery for an injury she had sustained while touring. Gaga described Artpop as "a celebration and a poetic musical journey" and an exploration of the "reverse Warholian" phenomenon in pop culture. It displays an intentional "lack of maturity and responsibility" by comparison to the darker and anthemic nature of Born This Way. Gaga collaborated with various producers on the record, including Paul "DJ White Shadow" Blair, RedOne, Zedd and Madeon. Lyrically, Artpop revolves around Gaga's personal views of fame, sex and self-empowerment; references include Greek and Roman mythology. It also features guest vocals from T.I., Too Short, Twista, and R. Kelly. The release of Artpop was prefaced by a two-day album release party dubbed ArtRave. The album received generally mixed reviews from music critics, but was commercially successful, debuting at number one on United States' Billboard 200 with first-week sales of 258,000 copies, becoming Gaga's second consecutive number one record in the country and selling 757,000 copies. It also topped national record charts in five additional countries and charted within the top ten in over 20. Artpop was the ninth best-selling album of 2013 with 2.3 million copies worldwide, having sold 2.5 million units as of July 2014. It was also included in several year-end lists by music critics and publications. User-contributed text is available under the Creative Commons By-SA License; additional terms may apply.