Album: Come Away with Me 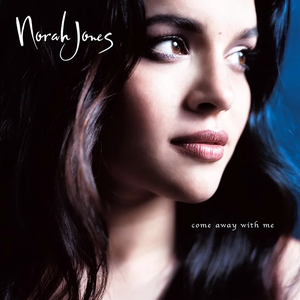 Come Away with Me is the debut album of pianist and singer Norah Jones, released February 26, 2002 on Blue Note Records. Although genre classification has been disputed, Jones' mellow style and playing on Come Away with Me is recognized as contemporary jazz. The album's critical and commercial success was a breakthrough for Jones in 2002, as it reached the top of the Billboard 200 chart and several jazz charts. The album also topped many critics' "albums of the year" lists and gathered major music awards in the process, including eight Grammy Awards. Following initial sales, Come Away with Me was certified diamond by the RIAA on February 15, 2005 having sold over 10 million copies in its first three years of release and this album has shipped over 20 million copies worldwide and it nevertheless became Jones's best-selling album, the tenth best-selling album of the 2000s, and was also the most successful Jazz album of all time, beating Kind of Blue by Miles Davis. User-contributed text is available under the Creative Commons By-SA License; additional terms may apply.