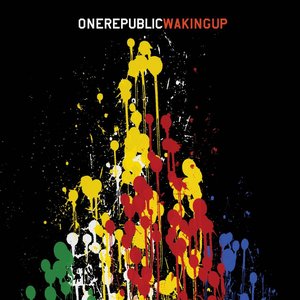 Introduction Waking Up, the second studio album by OneRepublic, was released on November 17, 2009. Prior to its release, the band performed many of the songs that ended-up on the final album. Lead singer Ryan Tedder announced on July 21, 2009, that the band's sophomore album would be completed five weeks from that date which was August 25, 2009. The album was completed on that date. The lead single from the album, All The Right Moves, was released on September 29, 2009. Background After the success of OneRepublic's debut album, Dreaming Out Loud, they began work on a sophomore album in 2008 and aimed for it to be more alternative and meaningful. The album was completed on August 25, 2009. On September 6, 2009, the band posted a low-quality version of the first single from their second album, All The Right Moves, while a higher quality version can be found on their MySpace page. On September 8, 2009, the band posted samples of 4 of their songs from the new album onto their MySpace page. A deluxe edition will also be available with an alternate cover as well as bonus songs. Tracks The non-deluxe version of the album has 11 tracks: 1. "Made For You" 2. "All the Right Moves" 3. "Secrets" 4. "Everybody Loves Me" 5. "Missing Persons 1 & 2" 6. "Good Life" 7. "All This Time" 8. "Fear" 9. "Waking Up" 10. "Marchin On" 11. "Lullaby" User-contributed text is available under the Creative Commons By-SA License; additional terms may apply.