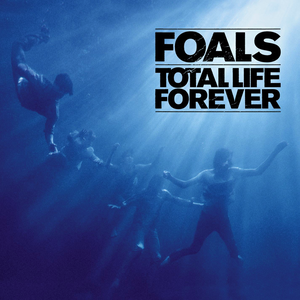 Total Life Forever is the second studio album from Oxford band Foals. It was produced by Luke Smith, formerly of post-punk/electropop band Clor,and was recorded at Svenska Gramofon in Gothenburg, Sweden. It was released on 10 May 2010. On 1 March 2010, Zane Lowe premiered the promotional single "Spanish Sahara" on his radio show, with an accompanying video added to the Foals website on the same date. The first official single from the album will be "This Orient" which is scheduled for release on 3 May 2010. Track Listing: 1. "Blue Blood" 2. "Miami" 3. "Total Life Forever" 4. "Black Gold" 5. "Spanish Sahara" 6:53 6. "This Orient" 7. "Fugue" 8. "After Glow" 9. "Alabaster" 10. "2 Trees" 11. "What Remains" User-contributed text is available under the Creative Commons By-SA License; additional terms may apply.