Album: No Need to Argue 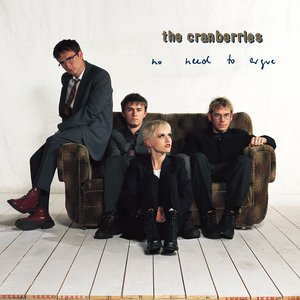 "No Need to Argue" is the second album by The Cranberries released in 1994. It was the band's most successful album, and has sold about 17 million copies worldwide. It contains the band's most successful single to date, "Zombie". The album's mood is darker than that on Everybody Else Is Doing It, So Why Can't We?. It shows a more mature performance by lyricist and vocalist Dolores O'Riordan, writing about war, death, love and disappointment. Her voice is clearer, without the previous album's double and triple voice layering. In some of the songs, the band decided to take on a rockier and heavier side, using distortion and increasing the volume. The song "Yeat's Grave" is about William Butler Yeats, and quotes one of his poems, "No Second Troy". The hit song "Zombie", written by lead singer Dolores O'Riordan, is according to her about the IRA bombings in 1993 that resulted in the death of two children User-contributed text is available under the Creative Commons By-SA License; additional terms may apply.