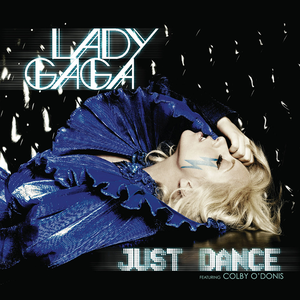 "Just Dance" is the debut single by American recording artist Lady Gaga. The song was produced by RedOne and co-written by RedOne, Gaga and Akon, while also featuring labelmate Colby O'Donis. It was released in 2008 as the lead single from Gaga's debut studio album, . The song was written by Gaga in ten minutes as "a happy record". "Just Dance" also has influences of R&B and lyrically speaks about being intoxicated at a club. The song received positive reviews from music critics, who complimented its club anthem-like nature and the synthpop associated with it. The song topped the charts in the United States, Australia, Canada, the Republic of Ireland, the Netherlands and the United Kingdom, as well as reaching the top ten in many other countries. In the United States, "Just Dance" was a sleeper hit, spending almost five months on the Billboard Hot 100 before finally reaching the summit of the chart in January 2009, after being released in April 2008. The single is among the best-selling singles of all time, having sold over 10 million copies User-contributed text is available under the Creative Commons By-SA License; additional terms may apply.