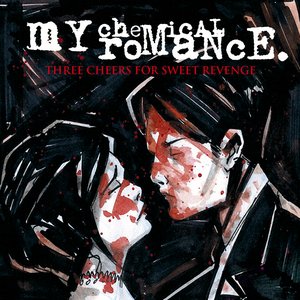 Three Cheers for Sweet Revenge is the second studio album by rock quintet My Chemical Romance. Released on June 8, 2004 through Reprise Records, it was produced by Howard Benson. This album was the first album, by the band, to be released through Reprise Records. Four singles were released from this album: "Thank You For The Venom", "I'm Not Okay (I Promise)", "Helena" and "The Ghost of You". User-contributed text is available under the Creative Commons By-SA License; additional terms may apply.