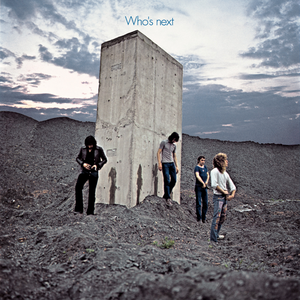 Who's Next is the fifth studio album by English rock band The Who, released in August 1971. The album has origins in a rock opera conceived by Pete Townshend called Lifehouse. The ambitious, complex project did not come to fruition at the time and instead, many of the songs written for the project were compiled onto Who's Next as a collection of unrelated songs. Who's Next was a critical and commercial success when it was released, and has been certified 3Ă— platinum by the RIAA. User-contributed text is available under the Creative Commons By-SA License; additional terms may apply.