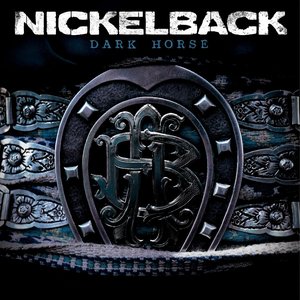 Dark Horse is the sixth studio album by Canadian rock band Nickelback, released on November 14, 2008 and a day prior in Europe. The follow-up to their multi-platinum selling All the Right Reasons (2005), was co-produced by the band and Grammy Award-winning producer and songwriter Robert John "Mutt" Lange, famous for working with such acts as Foreigner, AC/DC, Bryan Adams and Def Leppard. The first single from the album was "Gotta Be Somebody", which was released online for free digital download on September 29, 2008 for a strict 24-hour period. "If Today Was Your Last Day" was the originally planned lead single but was scrapped at the last minute. The track "Something in Your Mouth" became available for download from the United States iTunes Store on October 28, and was released to US rock radio airplay as the second single from the album on December 15. The song became a hit through 2009 in many countries, such as United States,Australia and more. In January 2009, the album's second mainstream single (third overall) was released: "I'd Come for You", with Nigel Dick having helmed the music video, which was shot in the same month. The songs Something in Your Mouth and Burn It to the Ground were released only at the rock radio stations on December, 2008 and May, 2009 respectivaly. The exclusive Wal-Mart edition of Dark Horse came with a link to download an MP3 from their performance of "This Afternoon" on Walmart Soundcheck. The album won numerous accolades at the 2009 Juno Awards, winning all five of its nominated awards, including "Rock Album of the Year". Dark Horse was certified platinum by the Recording Industry Association of America (RIAA) on December 9, 2008, only 3 weeks after its North American release. The album also remained in the top 20 on the Billboard 200 for weeks after its release. The album was then certified two times platinum in April 2009. User-contributed text is available under the Creative Commons By-SA License; additional terms may apply.