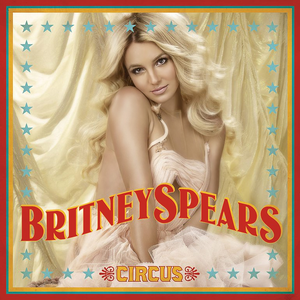 Circus is the sixth studio album by American singer Britney Spears. A transition from the "darker and more urban" themes of her fifth studio album Blackout (2007), Spears wanted to make her next project "a little bit lighter". She recorded the album during the summer of 2008, after being involuntarily placed under a conservatorship earlier that year. It was released on November 28, 2008, by Jive Records. As executive producers, Larry Rudolph and Teresa LaBarbera Whites enlisted collaborators including Spears' longtime colleague Max Martin and Danja. Their efforts resulted in a primarily pop and dance record with urban influences. Upon its release, Circus received generally favorable reviews from music critics, who complimented its production but were ambivalent towards its lyrical content. It debuted at number one on the US Billboard 200, making it her fifth album to reach the top of the chart. The album has sold over 4 million copies worldwide. User-contributed text is available under the Creative Commons By-SA License; additional terms may apply.