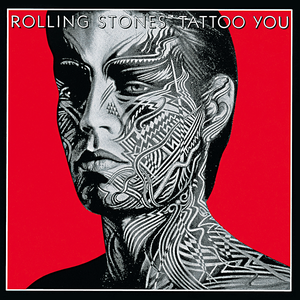 Tattoo You is the 16th British and 18th American studio album by The Rolling Stones, released in 1981. The follow-up to Emotional Rescue (1980), the album is mostly composed of studio outtakes recorded during the 1970s, and contains one of the band's most well-known songs, "Start Me Up", which hit second place on the United States's Billboard singles charts. The album proved to be both a critical and commercial success upon release, reaching the top of the Billboard charts, selling more than four million copies in the United States alone and over 8.5 million copies worldwide. It was also the final Rolling Stones album to reach the top position of the US charts, thus concluding the band's string of number-one albums there, dating back to 1971's Sticky Fingers. It is considered by many fans and critics to be the Rolling Stones' last classic album. User-contributed text is available under the Creative Commons By-SA License; additional terms may apply.