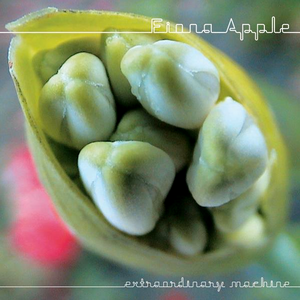 Extraordinary Machine is the third studio album by Fiona Apple, released on October 4, 2005, through Epic Records. Produced by Jon Brion, it was expected to be released in 2003 but was delayed several times by the record label without explanation, leading to speculation that a dispute had arisen over its commercial appeal. The controversy surrounding the album and leaked recordings of the Jon Brion sessions were the subject of substantial press attention, as well as a highly publicized fan-led campaign to see the album officially released. In collaboration with producers Mike Elizondo and Brian Kehew, Apple re-recorded the album over 2004 and 2005, and it was eventually released more than three years after the original recording sessions began. The album was nominated for the Grammy Award for Best Pop Vocal Album in 2006. In 2009, Extraordinary Machine was named the 49th best album of the 2000s by Rolling Stone, and in 2020 was ranked at number 444 on the magazine's list of the 500 greatest albums of all time. User-contributed text is available under the Creative Commons By-SA License; additional terms may apply.