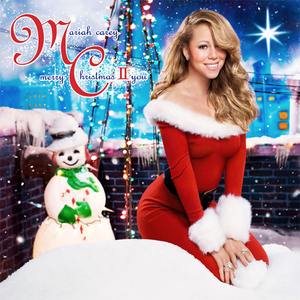 Merry Christmas II You is the thirteenth studio album and second Christmas album by American singer Mariah Carey. The album was released on November 2, 2010 and features four original songs, all-time Christmas classics and a re-recorded version of her 1994 Christmas hit "All I Want for Christmas Is You". The album went with mixed reviews from the music critics many of whom criticized the duplicated materials over her 1994 "Merry Christmas. Merry Christmas II You became a commercial failure and Carey least selling album selling only 1.5 million copies across the globe. User-contributed text is available under the Creative Commons By-SA License; additional terms may apply.