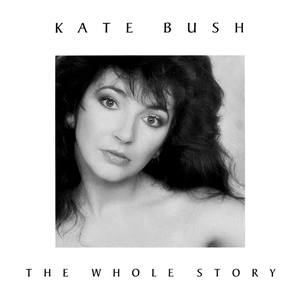 The Whole Story is the first compilation album by English singer Kate Bush, released on November 10, 1986. It earned Bush her third UK number-one album and went on to become her best-selling release to date, being certified four-times platinum in the United Kingdom. In 2014, during Bush's Before the Dawn residency at the Hammersmith Apollo, The Whole Story charted at number 8 in the UK. User-contributed text is available under the Creative Commons By-SA License; additional terms may apply.