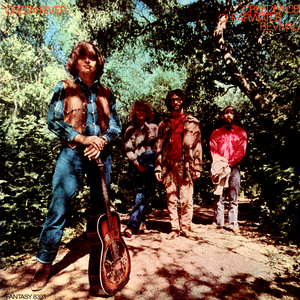 Released in 1969, this was the third album by the original Creedence Clearwater Revival line up, and what a choogling rockin stew it is! The big single was "Bad Moon Rising" but there's more to this offering than their most famous 7inch. The opening, title, track is classic Creedence. Deceptively simple riff hung on a solid rhythm section, was later ripped off by The Hollies for their "Long Cool Woman in a Black Dress". "Wrote a Song for Everyone" comes of like The Band with a strange lurching rhythm giving it a funeral feel. The rest of the album rocks and rolls itself along, with great, clean, simple guitars and the vocal delivery as strong if not stronger than the first 2 Creedence long players. Well worth a trip down the green river with the Fogerty brothers and company. All that and "Bad Moon Rising", choice!! User-contributed text is available under the Creative Commons By-SA License; additional terms may apply.