Album: I Kissed a Girl 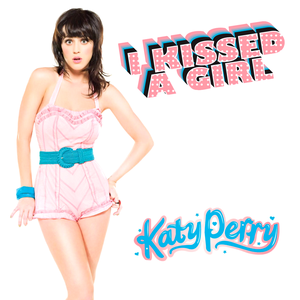 "I Kissed a Girl" is a song by pop singer Katy Perry, written by Perry, Dr Luke, Max Martin and Cathy Dennis (not to be confused with the earlier song with the same title by Jill Sobule). It was produced by Dr. Luke for Perry's 2008 album One of the Boys. Perry says the song is "about the magical beauty of a woman". Released as the album's lead single, "I Kissed a Girl" was a commercial success. It topped the Billboard Hot 100 chart, becoming the 1000th chart-topper of the Rock Era. The song has since become a major worldwide hit, and along with the United States, it has topped the charts in more than 30 countries, including Australia, Canada, Ireland and the United Kingdom. "I Kissed a Girl" was performed and a nominee at the 51st Grammy Awards (Grammy Award for Best Female Pop Vocal Performance). It was also nominated for Favorite Song at the 2009 Kids' Choice Awards. User-contributed text is available under the Creative Commons By-SA License; additional terms may apply.