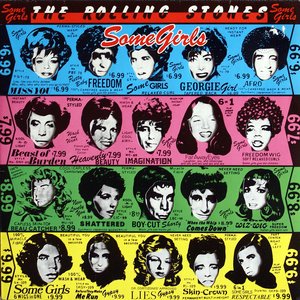 Some Girls is an album by The Rolling Stones, released in 1978. Considered a highlight of their output and the best of their post-Exile on Main St. records, the album revitalized the band's career upon its release and re-established The Rolling Stones as a vital rock and roll band in an era infused with punk rock and disco. It also became the band's biggest-selling album in the United States, with more than six million copies to date. With the advent of punk rock, The Rolling Stones, among many of their musical contemporaries, were being targeted by some in the movement as cultural dinosaurs, compromising their standing. Mick Jagger felt invigorated by the provocations and was determined to answer them lyrically. It helped, however, that almost all the punks had, openly or not, idolized the Stones in the 1960s and were heavily influenced by the band's rebellious records from that era. At least as important for the band's reinvigoration was the addition of Ronnie Wood to the lineup, as Some Girls was the first album recorded with him as a full member. His guitar playing style meshed with that of Keith Richards. Wood's pedal steel playing would become one of the band's hallmarks, and his unconventional uses of the instrument are prominent on Some Girls. In addition, Jagger, who had learned to play guitar over the previous decade, contributed a third guitar part to many songs. This gave songs like "Respectable" a three-guitar lineup. User-contributed text is available under the Creative Commons By-SA License; additional terms may apply.