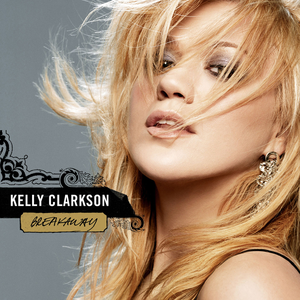 Breakaway is Kelly Clarkson's sophomore album. It was released on November 30, 2004 in the United States and July 18, 2005 in the United Kingdom. The album became a worldwide success, selling 6 million copies in the US, 1.2 copies in the UK and 12 million copies worldwide. It is certified 7x platinum in Ireland, 6x platinum in Australia and the US, 5x platinum in Canada, and 4x platinum in the UK. The album spawned 5 successful singles: the title track, the smash hit "Since U Been Gone" which currently stands as Clarkson's most successful single, the autobiographical singles "Behind These Hazel Eyes", about a Clarkson's former relationship with David Hodges, and "Because of You", which discusses Clarkson's parents' divorce, and pop-rocker "Walk Away". User-contributed text is available under the Creative Commons By-SA License; additional terms may apply.