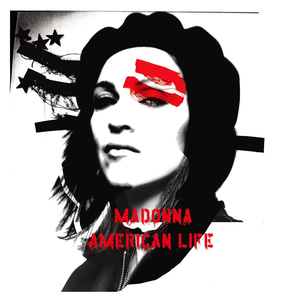 American Life is the ninth studio album by American singer-songwriter Madonna. It was first released on April 21, 2003, by Maverick Records and Warner Bros. Records. The album, produced in its entirety by Madonna and Mirwais AhmadzaĂŻ, features references to many parts of American culture. The album is a concept album, with recurring themes of the American Dream and materialism. These themes reject the reputation Madonna held in the 1980s, earned by songs such as her worldwide hit "Material Girl" (1985). The album contains rock, folk and electronica music, as well as influences of acoustic music on many tracks. User-contributed text is available under the Creative Commons By-SA License; additional terms may apply.