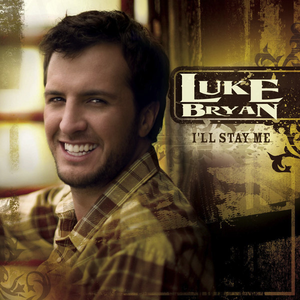 I'll Stay Me is the debut studio album by American country music artist Luke Bryan. The album was released in the United States on August 14, 2007 by Capitol Nashville (see 2007 in country music). Its debut single, "All My Friends Say", reached number 5 on the Billboard Hot Country Songs chart in late 2007. "We Rode in Trucks" and "Country Man" have also been released from this album, and have both charted on the Billboard Hot Country Songs chart. Bryan co-wrote 10 of the 11 songs on the album. This is Luke's only album to have a neo-traditional country sound, while all of his subsequent albums would have a crossover-friendly country-pop sound. User-contributed text is available under the Creative Commons By-SA License; additional terms may apply.