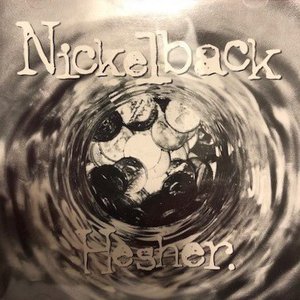 Hesher is Nickelback's first release. Four of the songs would also be included on Curb, but they were re-recorded or re-mixed. The differences are: Where? and Left were completely re-recorded from scratch, whereas Fly and Window Shopper have very distinct mixing differences. Window Shopper is titled Windowshopper on Hesher, and thus that tag is only for the Hesher version of the song. Hesher was recorded in Vancouver, B.C. Canada and released in March/April 1996. Supposedly, the name came from a friend of the band who would frequently say "Hey sure". After selling more than 10,000 copies, the band stopped production of the album, and it is now a sought-after collector's item. Chad Kroeger has often expressed his dislike of the album. He stated "We had no expectations and no experience and no idea what to do with these songs," and "I'm trying to bury that album as fast as I can". And in a recent interview he referred to the album as being "terrible", although he said that "one song on there was pretty good"; probably in reference to Fly. Vancouver radio station CFOX-FM drew professional interest to this EP when it played "Fly". Hesher was the first of only two albums to feature Chad/Mike Kroeger's cousin Brandon Kroeger as a drummer. User-contributed text is available under the Creative Commons By-SA License; additional terms may apply.