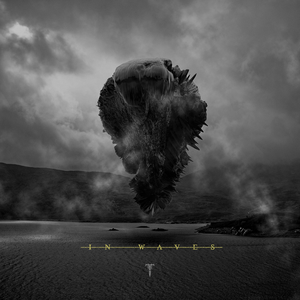 In Waves is the fifth studio album by American heavy metal band Trivium, released worldwide on various dates August 2, 2011 and August 9, 2011 through Roadrunner Records. The album featured a sound closer to Ascendancy than The Crusade and Shogun and features their more melodic metalcore sound than thrash metal. In Waves sold 22,000 copies in its first week of release and debuted at No. 13 on the Billboard 200 and at No. 1 on the Billboard Hard Rock charts, making it the highest charting record Trivium has released to date. In Canada, the album debuted at No. 32 on the Canadian Albums Chart. The album also charted in the UK at No. 17 on the UK Top 40 albums chart, No. 6 in Japan and No. 8 in Germany. In Waves has received generally positive reviews, averaging a score of 66 based on 13 reviewers on the review-aggregating website Metacritic. Eduardo Rivadavia of Allmusic rated the album four out of five stars and commented "...Trivium will probably be vilified once again for taking the same sort of creative backward step that the fans typically clamor for from Metallica, Slayer, and other bands on down; it's the essence of the Florida band's "can't win" lot in life, but there's always hope that this will change, in time". Another positive review came from Ian Winwood of BBC Music, in his review, he stated, "...This may not be quite enough for Trivium to turn back the hands of the clock to the point where the world lay at their fretboards, but the notion that this is a band whose best days lie behind them is one that, at least for now, is resting on ice". Alt Sounds also spoke positively about the album and even after stating "Trivium have not topped themselves" in reference to their past albums but did call it "...a symbol of triumph and overall a sound, beautifully solid record." Revolver rated the album three out of five stars and summarized, "An inconsistent record with flashes of brilliance, In Waves should, however, keep diehard Trivium fans happy." Despite mostly positive reception, Jamie Thomson from The Guardian. Who, in his review, stated that, "In Waves is as overproduced and mercilessly polished as modern metal gets, and all the worse for it." User-contributed text is available under the Creative Commons By-SA License; additional terms may apply.