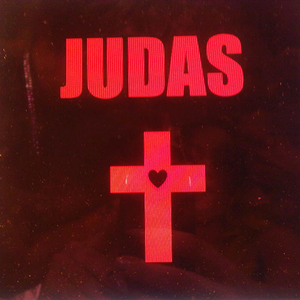 "Judas" is a song by American recording artist Lady Gaga, from her second studio album, Born This Way (2011). It was released four days ahead of schedule by Interscope Records on April 15, 2011. Written and produced by Lady Gaga and RedOne, "Judas" is a dance and electro house song about a woman in love with a man who betrayed her. It embodies the incidents that have haunted Gaga in the past, and its core meaning refers to the negative parts of her life that she cannot escape. Gaga has further explained that the song was also about honoring one's inner darkness in order to bring oneself into the light. The artwork for the single was designed by Gaga in Microsoft Word. In spite of a polarizing impact on several religious groups, the song was generally well received by critics, who likened the song to "Bad Romance" with some noting it should have been the album's lead single. User-contributed text is available under the Creative Commons By-SA License; additional terms may apply.