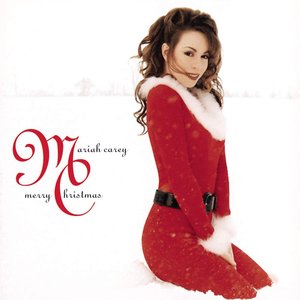 Merry Christmas is the first Christmas album, and the fourth studio album, by American singer-songwriter Mariah Carey. Released by Columbia Records on October 28, 1994, at the peak of the initial stretch of Carey's career, between Music Box (1993) and Daydream (1995), the album features cover versions of popular Christmas tunes and original material. Carey worked with Walter Afanasieff, with whom she wrote all of the original tracks, as well as producing Carey's interpretations of the covered material. Two singles were released from the album, of which "All I Want for Christmas Is You" went on to become one of the best-selling singles of all time and the best-selling holiday ringtone in the United States. Critical response to the album's contemporary holiday theme was mixed. Some music critics complimented the "gospel and soul-inflected" vocals and even called it "Carey's best record" to date. Re-released on multiple occasions in various formats since its debut, the album has sold 5.7 million copies in the United States as of December 2019 and has been certified eight-times Platinum by the Recording Industry Association of America (RIAA). Internationally, it reached number one in Japan, Latvia and Lithuania; as well as the top-ten in 16 other countries, including Australia, Canada, the Netherlands, New Zealand, Sweden, Switzerland and the United States. On November 1, 2019, a new two-disc edition was released featuring live renditions, newer songs like "Oh Santa!" and "The Star", and numerous remixes in commemoration of the album's twenty-fifth anniversary. As of 2021, Merry Christmas has sold 15 million copies worldwide, and remains the all-time best-selling Christmas album by a woman. User-contributed text is available under the Creative Commons By-SA License; additional terms may apply.