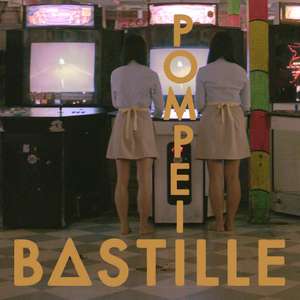 "Pompeii" is a song by British band Bastille. It is the fourth single from their debut studio album Bad Blood and was released on 11 January 2013. The song's title and lyrics refer to the Roman town of the same name that was destroyed and buried in the eruption of Mount Vesuvius in AD 79 User-contributed text is available under the Creative Commons By-SA License; additional terms may apply.