Album: A Rush of Blood to the Head 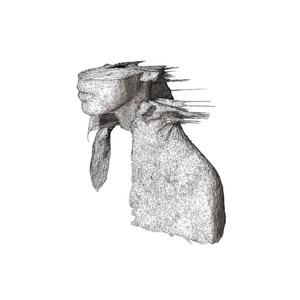 A Rush of Blood to the Head is the second album by English rock band Coldplay, released on August 26, 2002 in the UK and on August 27 in the U.S.. It was as successful as, if not more than, its predecessor, Parachutes, debuting at #1 in the United Kingdom, moving 273,000 copies, and at #5 in the United States, moving 144,000 copies in the first week. The album includes guitar-pop singles (In My Place, God Put a Smile upon Your Face), ballads (The Scientist, Warning Sign), and acoustic songs (Green Eyes). However, the U2-esque epic rock of the album's opening track Politik, the piano-driven Clocks, and the loud guitars of A Whisper were seen to extend the band's musical range. The album also had greater use of piano than Coldplay's debut album or that of many other rock bands popular at the time. Clocks, a song centered around a cyclic piano riff and included on the album only at the last minute, ultimately became the band's largest hit to date, earning the band a Grammy for Record of the Year. A Rush of Blood to the Head also won the 2002 Grammy for Best Alternative Album. The album received generally excellent reviews, and many critics considered it better than Coldplay's first album, Parachutes. In 2003, the album was ranked number 473 on Rolling Stone magazine's list of the 500 greatest albums of all time. In 2007, The National Association of Recording Merchandisers and the Rock and Roll Hall of Fame released a list of what they term "The Definitive 200 Albums of All Time". A Rush of Blood to the Head ranks at #65 on the list. User-contributed text is available under the Creative Commons By-SA License; additional terms may apply.